Free Shipping available today (12/8) only! Please create or sign in to your DÔEN account to redeem the offer. 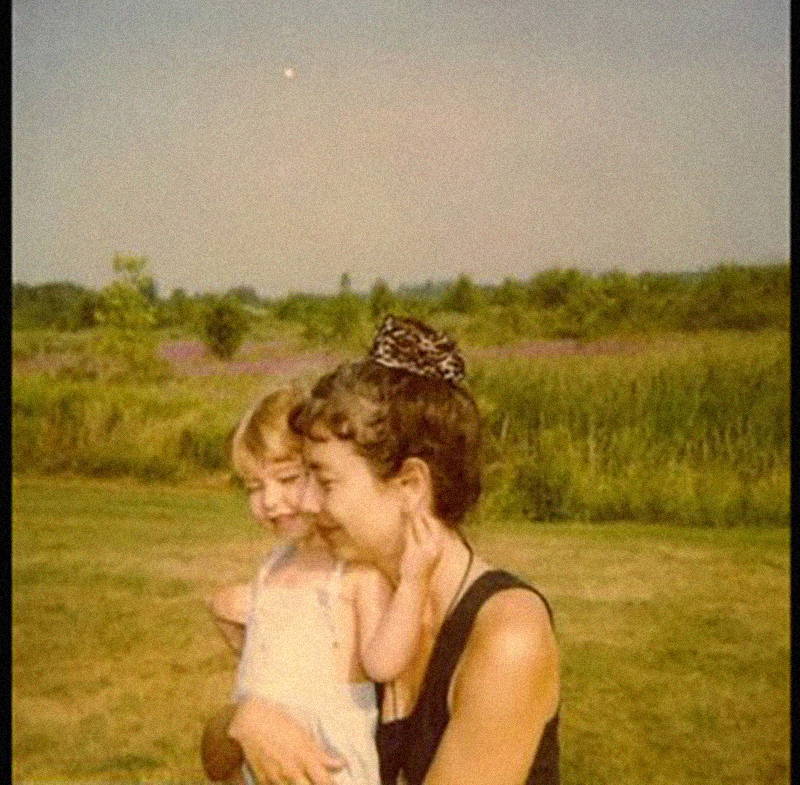 Hayley with her mom

As a brand fundamentally aligned with reproductive health and wellbeing for all, including mothers and birthing people—and as a step towards reversing social and cultural norms of silence surrounding pregnancy and infant loss—we honor Pregnancy and Infant Awareness Month. There are numerous ways in which one might experience the loss of pregnancy or an infant. One such experience is ectopic pregnancy, a condition which affects around 1 in 50 women in the U.S. and is the leading cause of pregnancy-related mortality in the first trimester. Below, our dear friend Hayley Coupon shares the deeply personal story of her own ectopic pregnancy—a harrowing journey from which she is gradually recovering with the support of her family, friends, and partner.

My fiancé and I had been trying to conceive for some months when I was awoken one night by intense cramping to my left side, radiating down my thigh. For 45 minutes, I writhed on the floor, trying to find some relief. Finally, with some Advil and a makeshift heating pad of hot water and a washcloth, the pain subsided. I was confused and disoriented, suddenly mistrustful of my body; I’d never experienced that level of discomfort before. After some quick Google searches, we bought pregnancy tests thinking we’d just rule it out—and within a matter of seconds had a positive result instead.

I made a telehealth appointment with my doctor, who ordered blood tests. Over the next week, I tracked my pregnancy hormone levels—and the results were devastating: I was pregnant, but my levels were not rising rapidly enough—an indication that something was wrong, and I would most likely miscarry in the coming days or weeks. That weekend, I braced myself as the cramps and bleeding began.

Two days later, my partner and I went to my doctor for an ultrasound. My uterus was empty—either I had miscarried and nothing was left or, she explained, I had a 5% chance of having an ectopic pregnancy, and she wanted more tests to make sure. We were scheduled for an urgent second ultrasound, followed by another blood test. With my pregnancy hormone levels continuing to slowly rise despite no sign of anything in my uterus, I was determined to be ectopic. The following day, I went to an LA cancer clinic to get an injection of methotrexate, a chemotherapy drug that has been used to treat ectopic pregnancies. Its potency can result in side effects—even at the lessened dosage— including mouth sores, hair loss, and nausea.

For the next ten days, I battled side effects and extreme fatigue. I lost eight pounds waiting with fear for my levels to start to drop. One afternoon, I suddenly had pain that felt like electrical shocks in my abdomen. Dizzy and laying on the bathroom floor with a throbbing pain in the right side of my collarbone, I told my partner that we had to go to the hospital.

That night, at 3:30 am, my left fallopian tube was removed due to a tubal rupture. I lost an immense amount of blood—the pain felt in my neck was from the pressure of internal bleeding pooling in my abdomen and required two blood transfusions. I spent the next two weeks resting and recovering.

My recovery was tumultuous, non-linear, and in some ways, invisible. I was lucky enough to have my mom and sister fly to LA to help us out because my mobility was severely limited. Physically, it took only a week or so to feel comfortable without pain medication. But the harder, less visible work of internal healing took much longer—my hormones, sleep, and appetite were affected, along with my focus, my drive, and my mood. Because of talented health practitioners whom I consulted with, including Danika Charity, I got myself on a supplement regimen that seems to be helping. But every time I look down at my abdomen, it’s a bit surprising to see three new scars, still red and sometimes even still sore.

Emotionally, it’s been exhausting. I tend to keep things to myself, and I’ve had to learn not to do that as much. I saved my more emotional phone calls to close friends for when my sister was in town helping out, and having that extra support—to answer tough questions for me, or diffuse the discussion with a light touch of humor was so helpful. I also found a therapist that specializes in the fertility journey, and have been building a relationship with her just so that I have a dedicated outlet to process everything. But there are good days when I feel confident, safe, and excited about what’s still to come, and then bad ones when I have a lot of fear, anxiety, and even pessimism about what’s next for me on the road to becoming a mother.

I had to listen really closely to my body as it processed the trauma, and try to determine what it needed most. Because I felt so weak and hollowed out for so long, comfort foods are the first thing that comes to my mind in my healing process. I made a big pot of gingery congee one night, and ate it the rest of the week, along with mugs of bone broth. I have amazing friends who provided so much support–not just emotionally, but by delivering big orders of matzoh ball soup, Italian wedding soup, potato latkes, and more. I also started going on neighborhood walks the second week post-surgery with my sibling’s help, and it was medicine for my body and mind. I am also fortunate to have the best support system of all at home: my fiancé and my rescue dog, Mia. Both stayed by my side throughout it all, and are letting me heal on my own timeline.

I was a bit shocked by how little information there is about ectopic pregnancies, and how under-researched and under-studied they are. One of the best sites I found for comprehensive information is from a UK-based organization called The Ectopic Pregnancy Trust. But the more I told people about my experience, the more common it seemed to be, and I ended up having really informative, poignant conversations with women that had gone through this or something similar.

Some of the most disheartening information I found included aspects of our country’s politics that directly and adversely affect reproductive healthcare, and therefore, people’s lives and bodily autonomy. One day after my surgery, Senator Lindsey Graham announced his national abortion ban bill; ten days later on September 23rd, a judge in Arizona ruled in favor of a near-total abortion ban written in 1864. It is not difficult to find examples of how dangerous this is for all pregnant people, even if the pregnancy is ectopic and not viable: According to NPR, after Texas’s restrictive abortion law went into effect, “at least several OB-GYNs in the Austin area received a letter from a pharmacy in late 2021 saying that it would no longer fill the drug methotrexate in the case of ectopic pregnancy, citing the recent Texas laws” – condemning those with ectopic pregnancies to invasive, risky, and potentially emergency surgeries.

Ectopic pregnancy is the leading cause of pregnancy-related mortality in the first trimester, and pregnancy itself is one of the most dangerous physical states a person can endure. Despite my tragic and traumatic experience, I am one of the lucky ones: I will recover. I will grow stronger, and my fiancé and I will eventually find it in us to be able to try again.