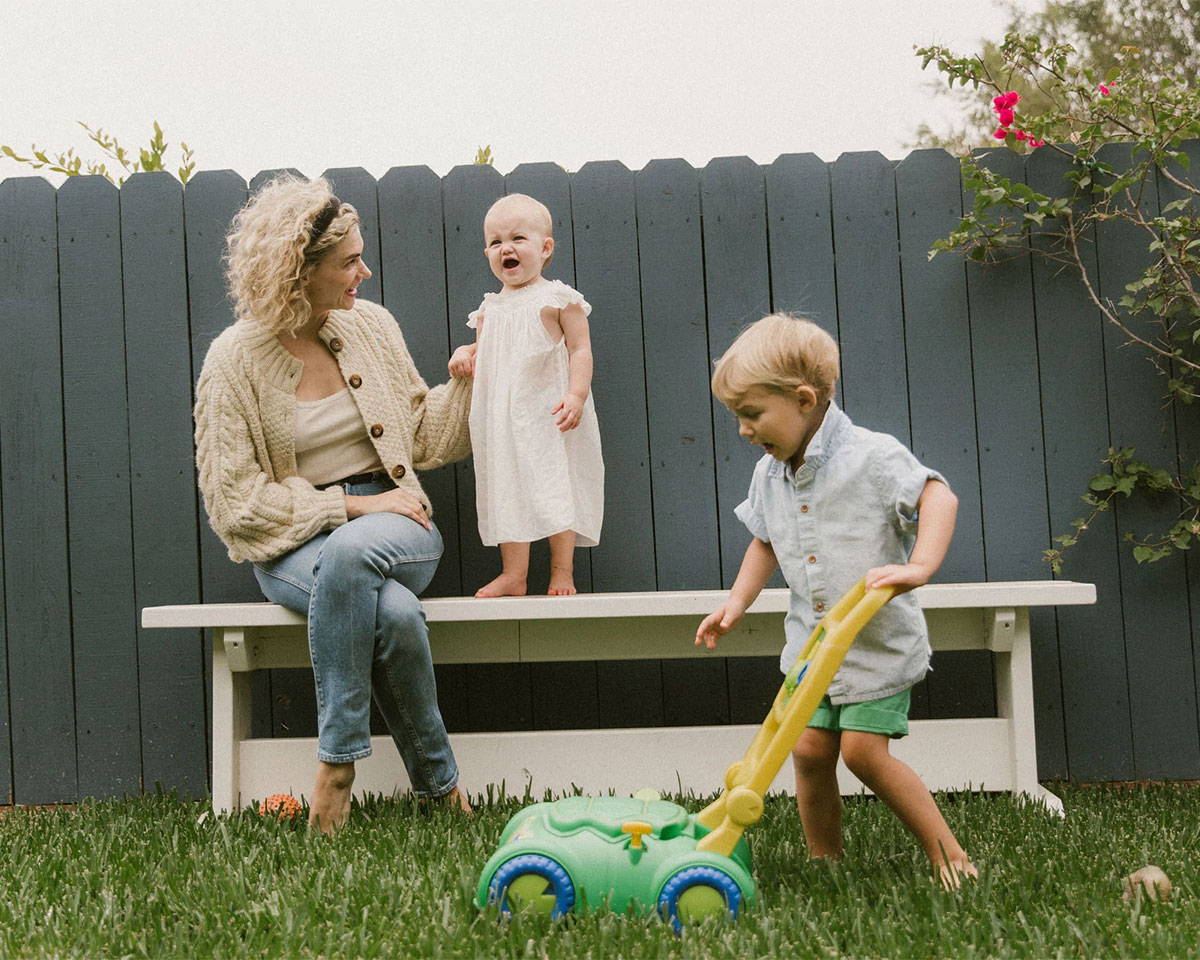 This Journal is the culmination of the ultimate digital girl crush. Katherine and I have been obsessed with Megan from afar for sometime now. Her candid presence on instagram, including HILARIOUS "mothermonster" moments, make you immediately fall in love with her and feel as though you are long lost best friends (or at least wish you were long lost best friends...). We met her for an an evening (early bird special) cocktail and a bite and immediately dove in. No awkward first date moments, just candid real conversations about comedy, her acting, being a mom, being from the South - the list goes on. Megan radiates comedy in the most enlightened way: she uses her craft to bring light to real life moments and moods, making you feel not alone in sentiments that are sometimes rarely talked about - motherhood, the political environment, etc. She is deeply talented, incredibly smart, has the fastest wit and is just a person you constantly want to be around. See below for Megan's postpartum story and for images from a cozy fall morning we spent with her and her two adorable daughters, Bea and Bettie.

"HI! My name is Megan and these are my two tiny humans who I guess aren’t technically my property but they’re new to the concept of personhood so I’ll just take what I can get for the time being. When I had my first child, I felt a certain amount of bliss and I also finally understood why my own mother calls me five times a day. In fact I remember in those surreal early moments whispering into my newborn’s ear, “I’ll call you as many times as I want to.” Life was cute! My baby was cute! My husband was cute! I had exactly one tequila and found out I was pregnant again. Apparently I had only skimmed the chapter on ovulation and by skimmed I mean, did anyone see a chapter on ovulation?

Nineteen months after my first, my second baby arrived. I had a water birth! I had a baby nurse! I had placenta pills! I had a nervous breakdown. Not a fiery car-crash nervous breakdown but more like a leisurely beachside bike ride onto the ocean-floor nervous breakdown. Anxiety was a tricky little monster because every day it got worse and every day my tolerance for it got bigger. I thought if I was doing well at work but was a mess at home it just meant I was not equipped to be a mother. I would have moments where my body/mind/soul would shout “I THINK THIS IS POSTPARTUM” and my anxiety would be like “Oh really? If you're rational enough to think it’s postpartum then that means it is not.”

I attempted to combat the anxiety by searching for the true source of my unhappiness. Maybe I just actually hated being a mom? Maybe I hated being married? Maybe I hated my silly job / Los Angeles / the concept of mortality? I cried. A LOT. In my closet mostly, next to a Dôen dress even! I had adult temper tantrums. I fought a lot with my husband and unfortunately the only thing that actually let me know I was staring at the sea floor of Postpartum Anxiety and Depression was when my older baby asked me, “Mama still upset? Mama happy now?” OKAAAY.

To the therapist(s) I went. One suggested I go on a walk outside. Great advice if it were Martha’s Vineyard in the 1960s. One asked me if I was on that show The Americans. I was not. One suggested I just get a live-in nanny and go on a vacation. I mean I hadn’t showered in a week but sure that sounded simple enough. HOW INSANE DO YOU HAVE TO BE IN LOS ANGELES TO GET DIAGNOSED WITH POSTPARTUM??? Thankfully I landed in some offices with doctors who heard me when I said I was falling into dark emotional potholes several times a day. I burst into tears when I was finally told, “This sounds like classic postpartum” and “it might take a year to resolve”. I was so happy to know that not only was there something wrong but that someone would help me solve it. And bonus - I wouldn't have to fix it by next week.

There’s a lot of more to say on this subject but I will leave you with this. Postpartum is an individual experience. Mine might not sound like yours. That’s okay. If you think you have it - you probably do. I think friends can be a better judge of our stability than romantic partners and I encourage you to speak to your fellow mother sapiens about what they went through. And also just go see a doctor while you’re at it! Lord knows I read a lot of Instagram posts about motherhood that (shockingly) didn’t cure me. Turns out Zoloft and good therapy was a better support system for me than non-stop scrolling. My most favorite doctor held my hands when I was a weeping mess in her office and gave me this mantra and so now I will repeat it to you. (Imagine kind eye contact) "I LOVE YOU. YOU'RE DOING GREAT. THEY DON’T REMEMBER ANYTHING BEFORE FIVE." 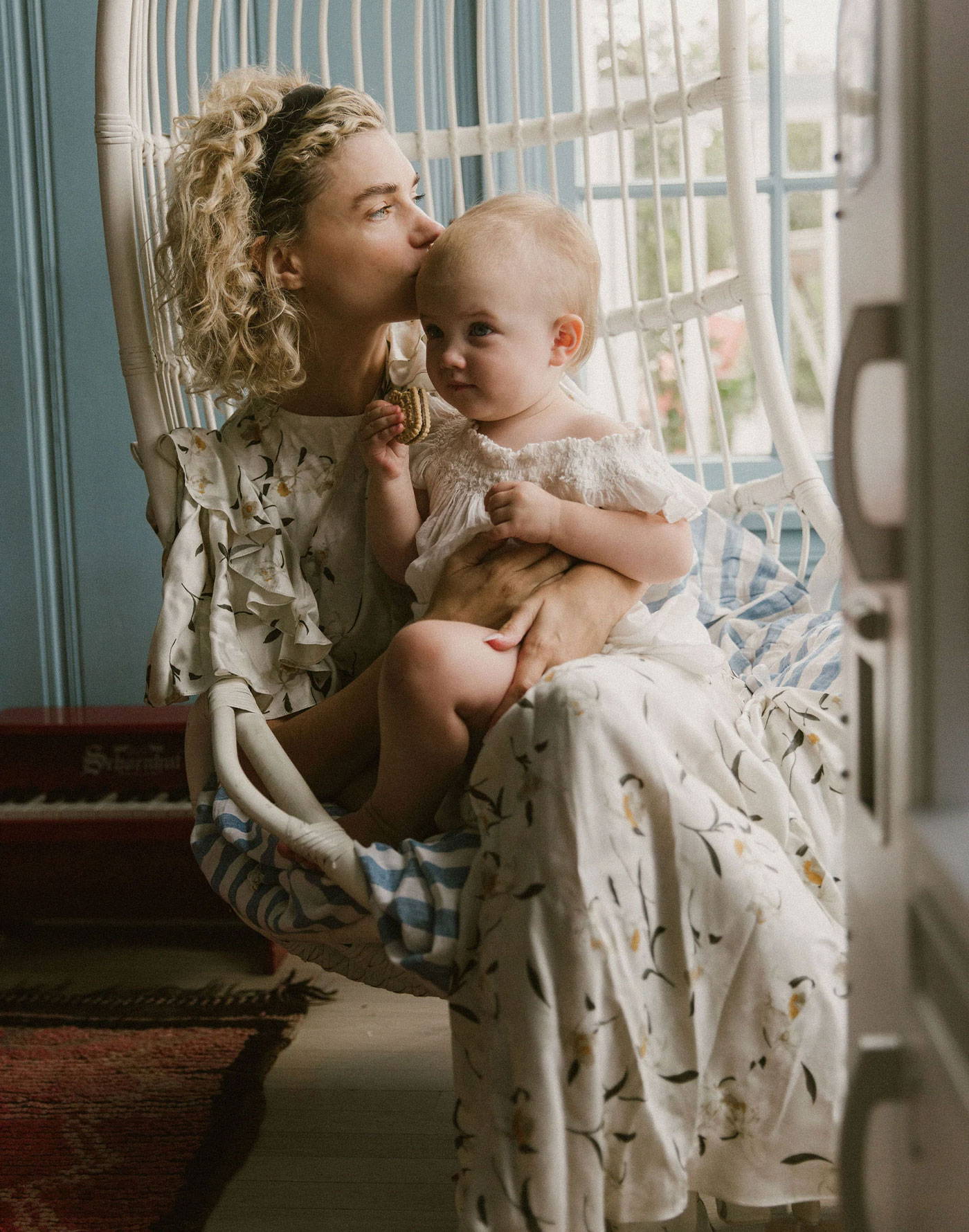 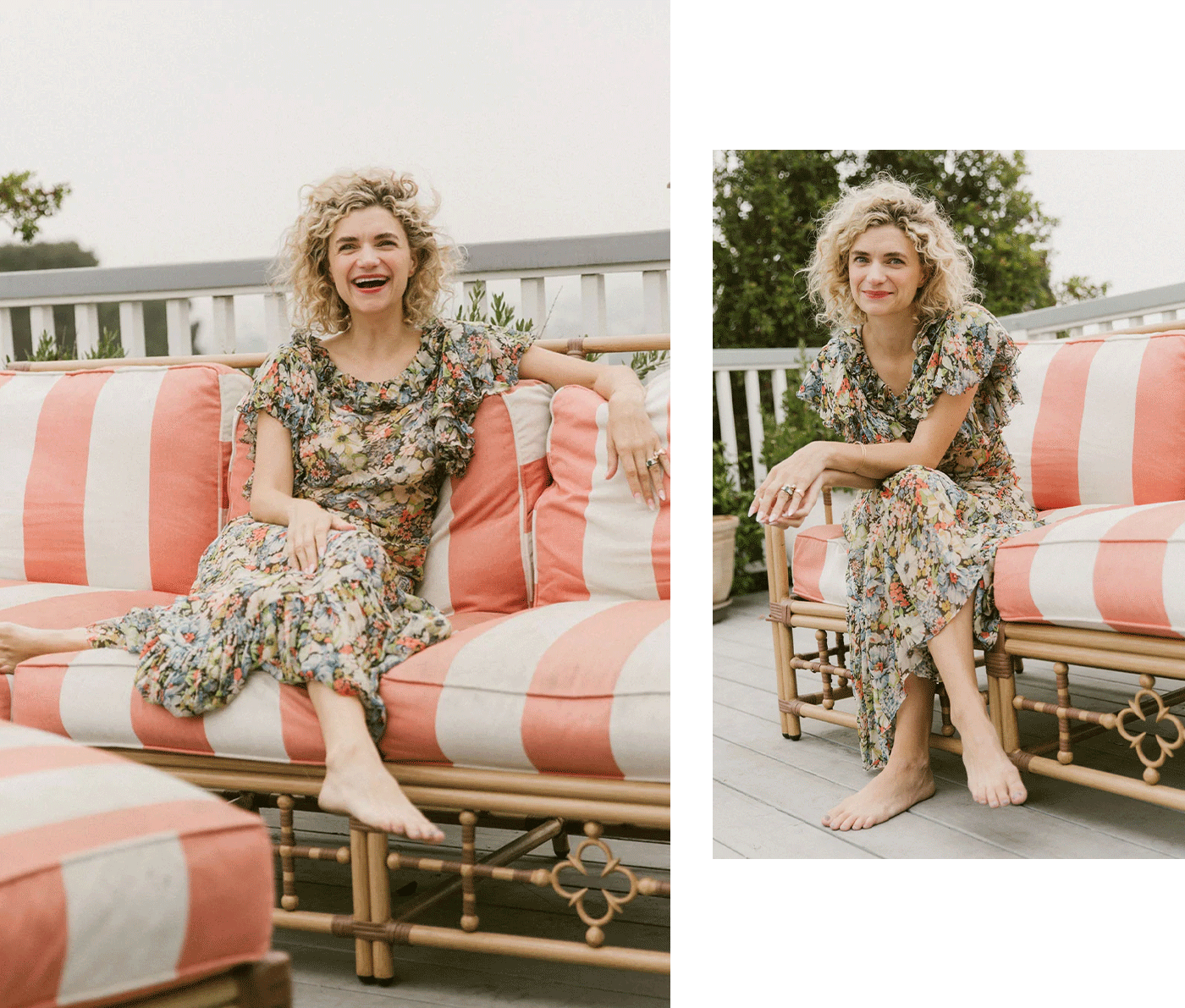 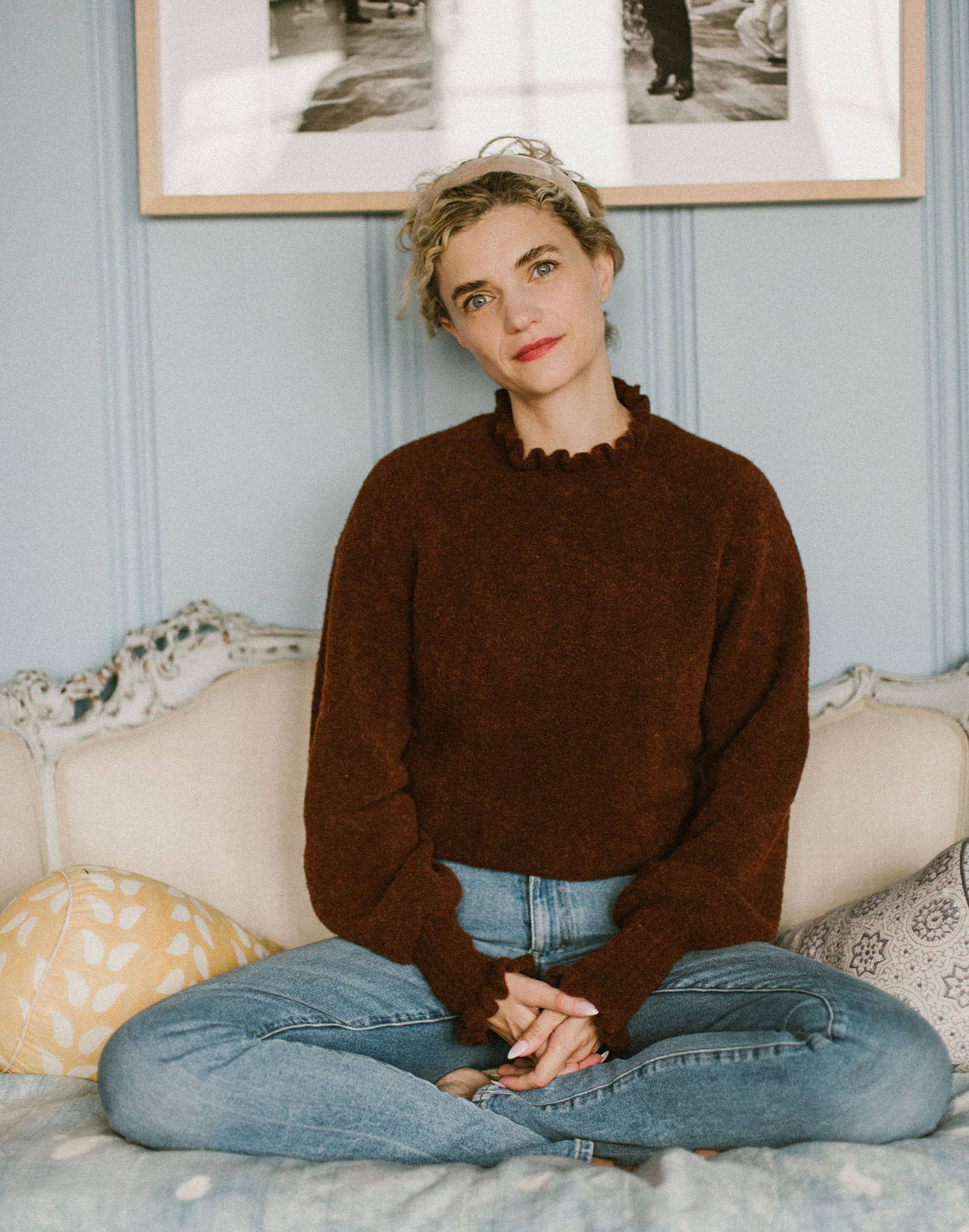 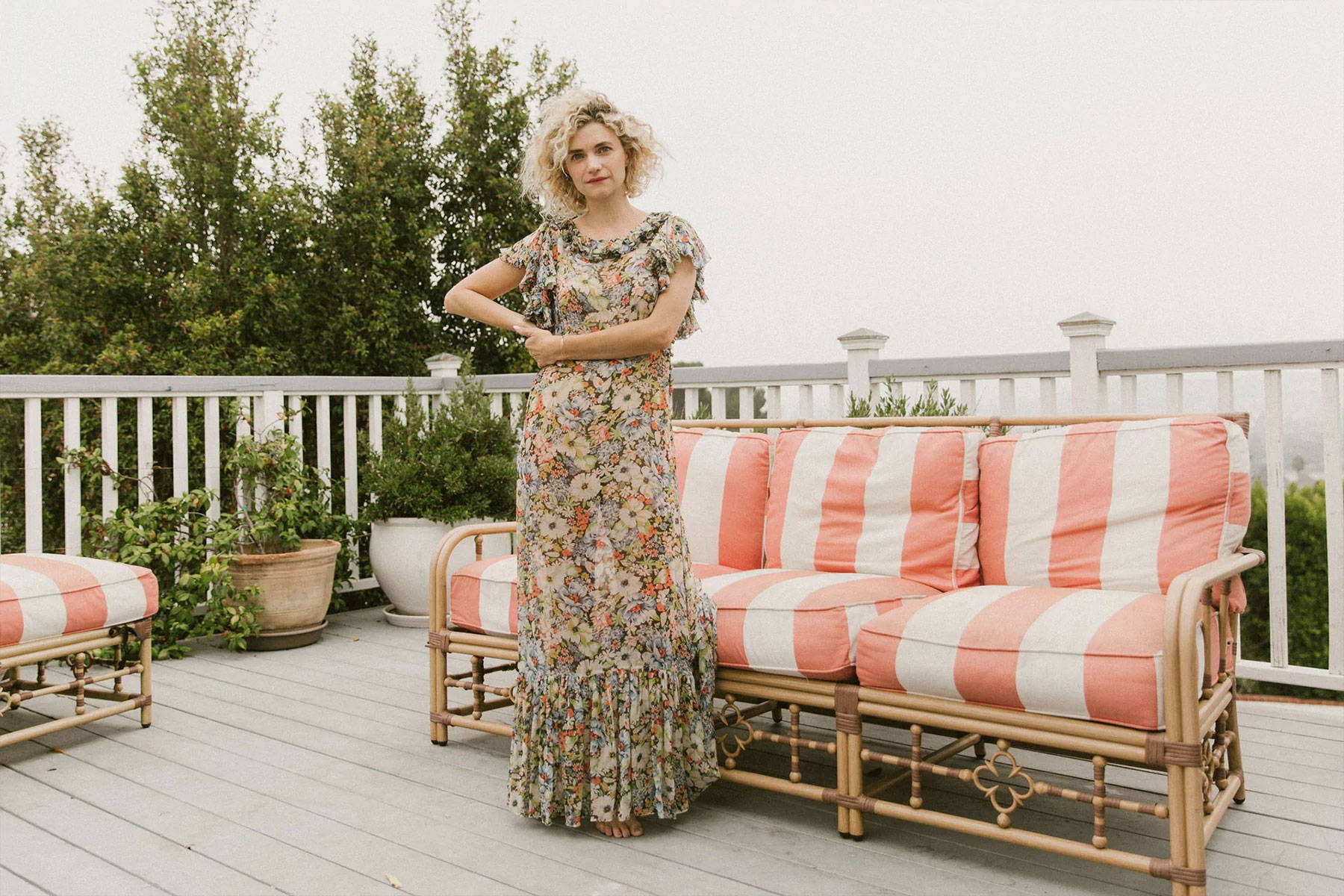 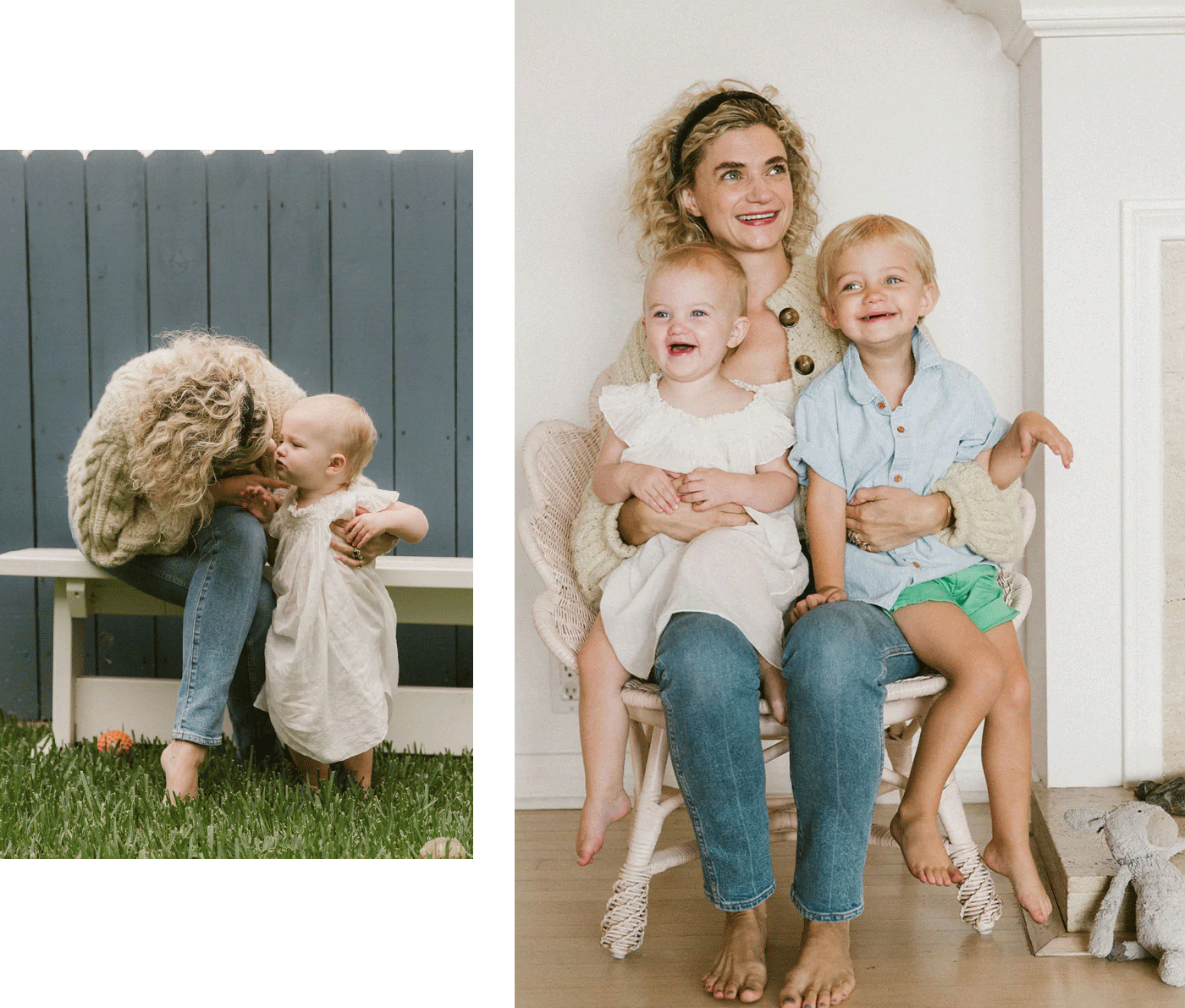 Megan wearing the Cardiff Cardigan and Brigitte Top in Ivory 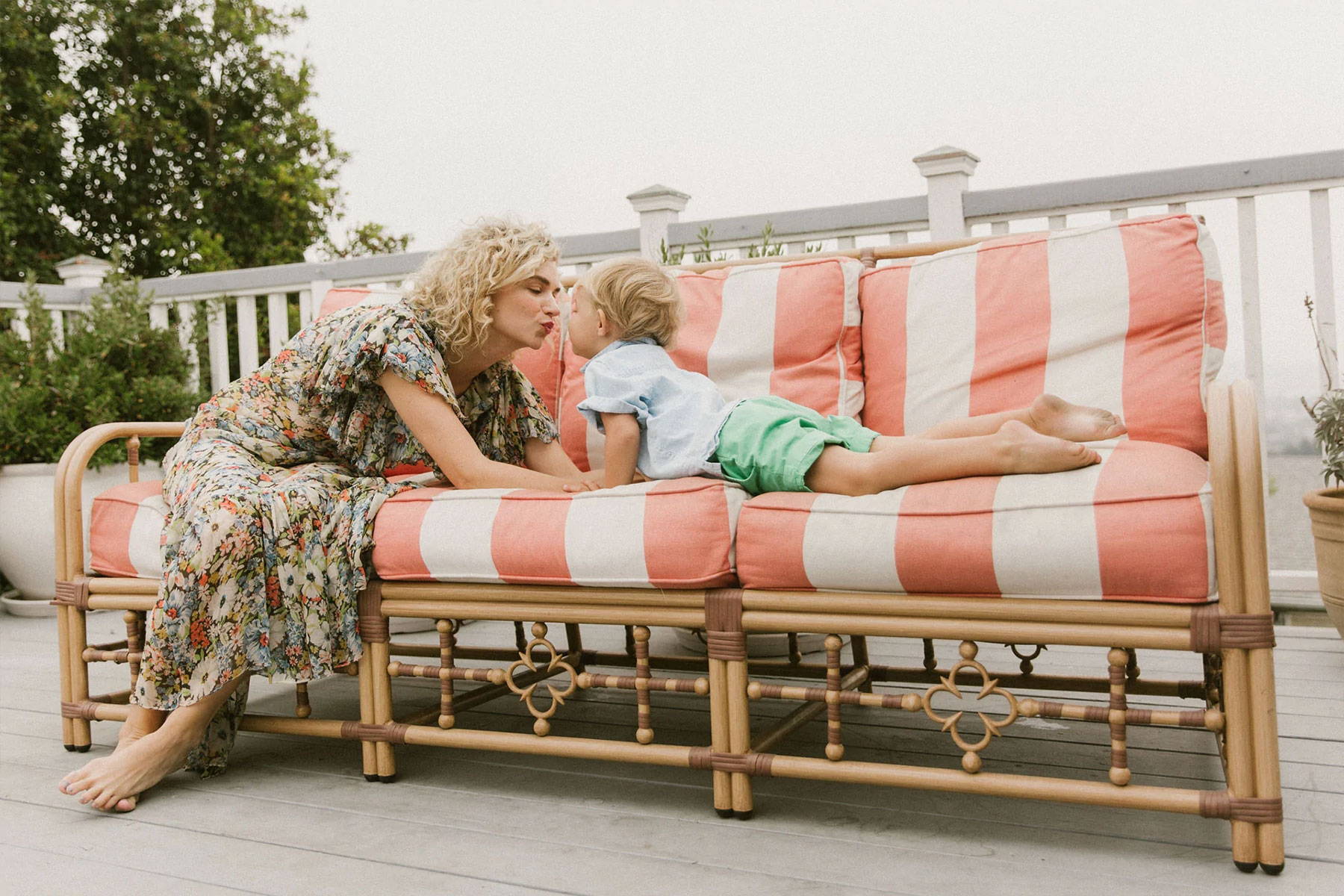 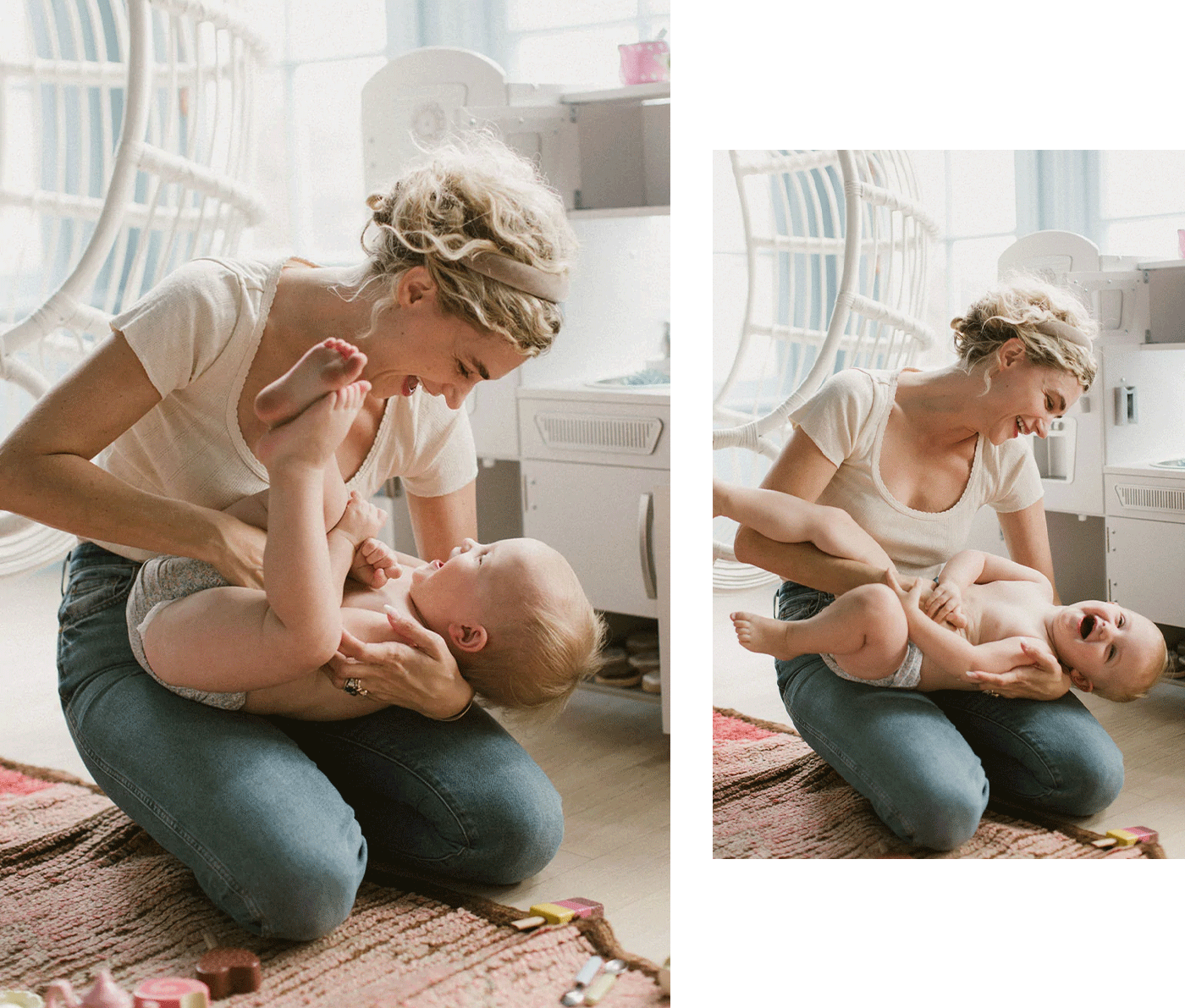 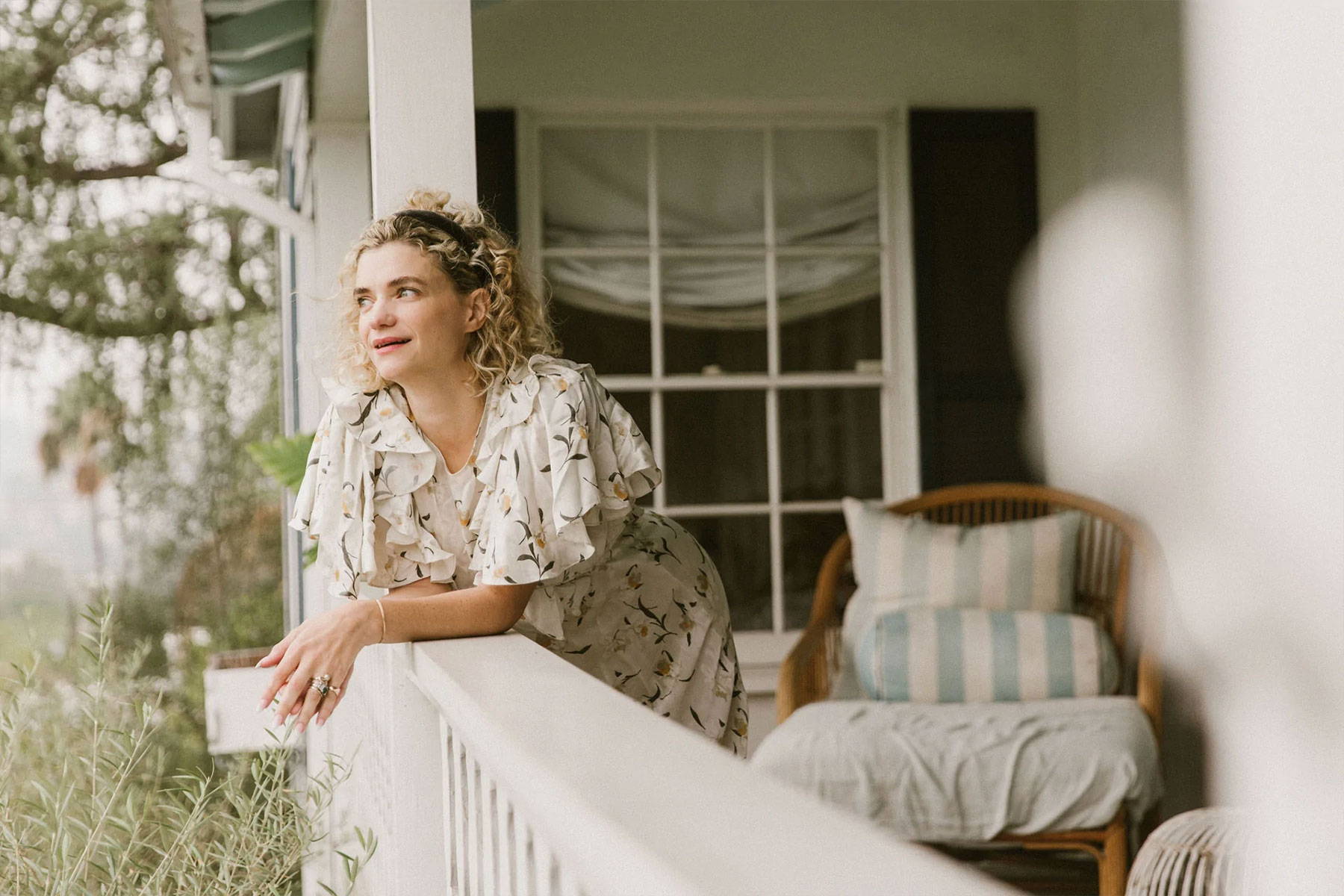 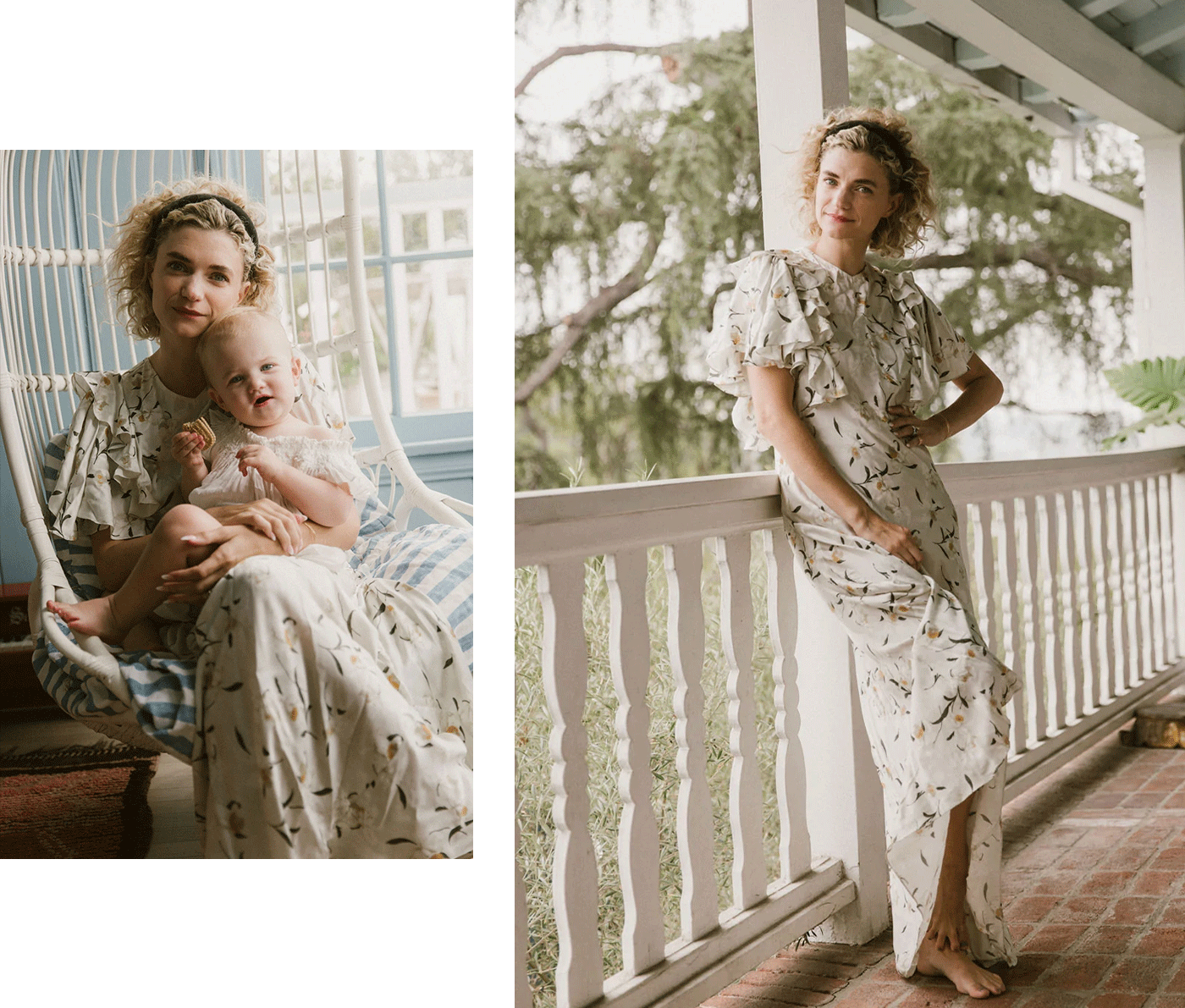 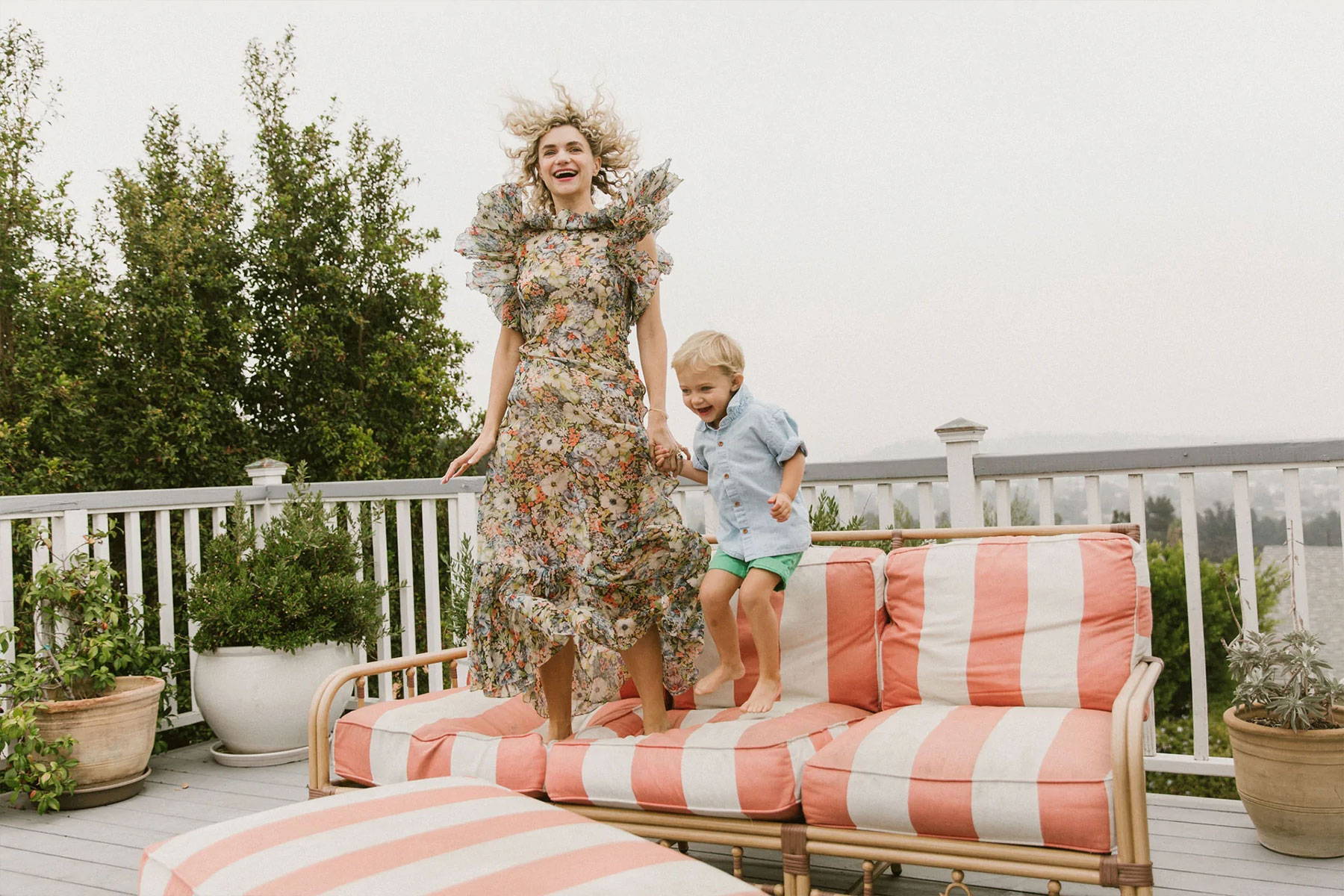