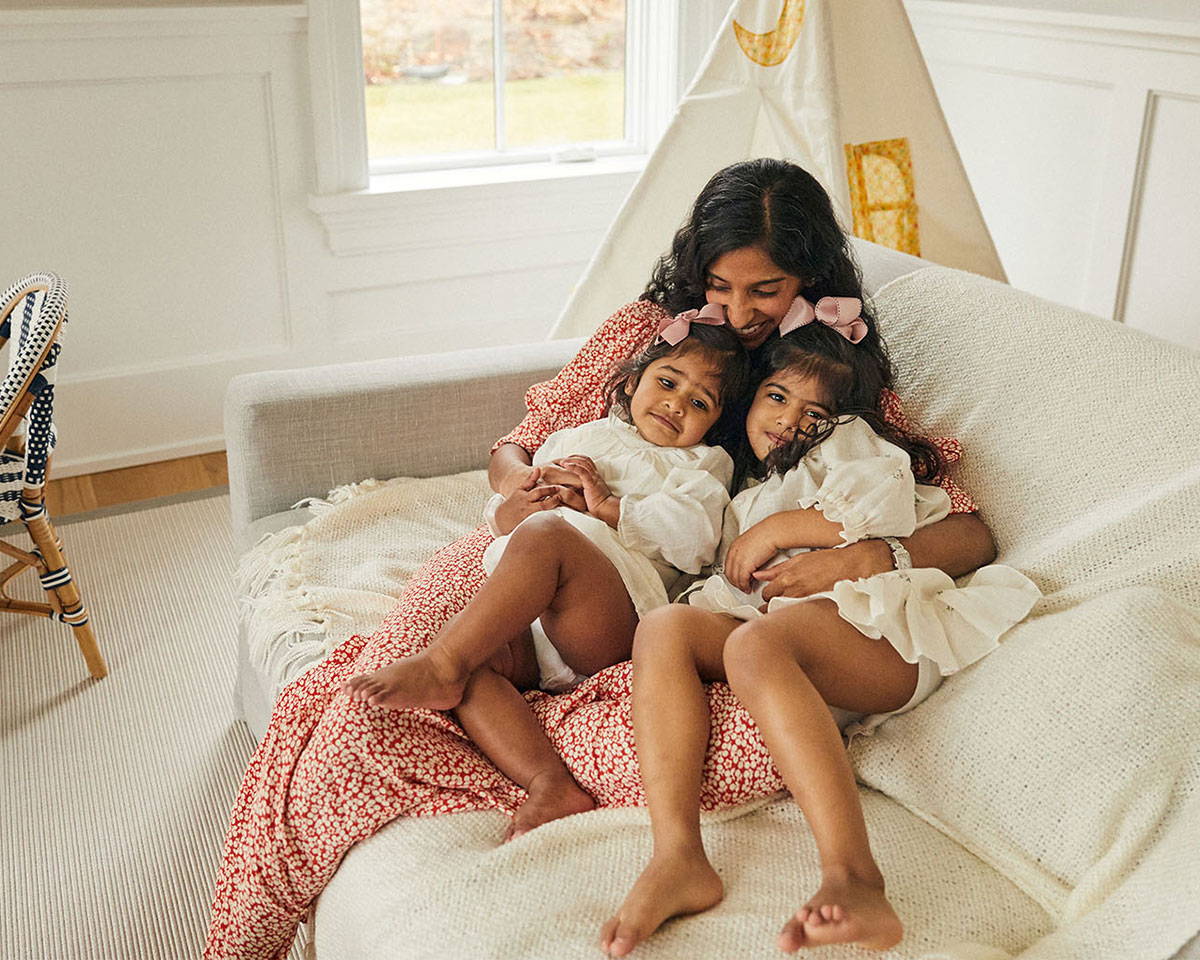 Photographs and video by Beatriz Matias

Throughout her years as an editor, and certainly now as Glamour’s Fashion Market Director, Shilpa’s sharp eye and distinct visual sensibility has helped shape the pages of the magazines that so many among us turn to for inspiration and insights into the world of fashion. We were lucky enough to meet Shilpa a few years ago when she came to preview our Spring 2018 collection, right at the beginning of her second pregnancy! We have loved watching her wear and style our pieces throughout pregnancy (and well beyond!) and are so excited to finally feature her here on our Journal. See below for some photos of her and her two sweet girls at their home in the Hamptons on a cold early spring day, and for some thoughts from Shilpa on the responsibilities and joys of raising two little women.

"I was never a born and bred “city” girl. In fact, I was just the opposite: one of two daughters of Indian immigrants, who had worked tirelessly early on in life to move to America.

My mother was always ambitious— growing up in the suburbs in Michigan, I remember her once telling me that moving to America was her dream. In hopes of a more prosperous and accessible life for ​their​ children, my parents left everything they knew behind, including their family and friends. As a female foreign medical graduate in the ‘70s, my mom fought every step of the way to create a successful and prosperous career. She was always confident in what she did and had one main goal in life: making sure her own children were set up for their future. Fast forward more than 30 years and I’m sitting in similar shoes, also a mother of two daughters ages 18 months and 3.5 years, with responsibilities that are likely similar to that of my mother's (but in a slightly different day and age), working to raise empowered, aware, worldly and feminist women.

Before I gave birth, I had a gut feeling about who I needed to be as a mom, and what the “perfect mom” was, but as it turns out I had (and continue to have!) questions along the way. I have moments of feeling unsure, but at the end of the day as long as I have that “mother knows best” feeling, I am confident that my girls will end up being strong and independent. Raising daughters, I try to instill in them the confidence and knowledge that they can do whatever they want with their lives. Women are the future and it’s important to me that my girls are raised with that notion. It might get messy along the way, but teaching them to embrace the mess and rejoice in it will allow them to go after what they want, be independent and create a life for themselves that allows them to live with an open mind. The patience, compassion and empathy I show my children will help raise them to be women who not only change the world, but embrace and fight for what they want. My kids are 21 months apart, so they’ve never really known a time without each other. I love to think that they will never have to feel like they are going through life without a partner.

When asked about the best part of living in a city like New York, I tend to think it’s the access to different types of people, museums, and cultural events. Although my girls may be too young to realize, since their birth my husband and I try to expose them to various types of people with different traditions and ways of life. As in any major city, though, it can become a little hectic, so it’s nice to have a reprieve away from the city in the Hamptons. Since my husband and I both grew up in the suburbs, we know the joys of having the space to really sprawl out and capitalize on family time. We wanted to give our daughters the same. ​The girls have an area to run, scream, jump around, and express what they are feeling which is important to us. Much like any other parents, we unnecessarily worry about our kids’ behavior, whether it’s “good” or “bad,” but ultimately that’s the way they express themselves. Yes, sometimes it’s through loud screams or actions, but that’s how they will learn to develop their individual personalities. Stepping away from the hustle and bustle of day-to-day city life whenever I can has actually allowed me to embrace the good and bad moments, realizing that these moments are all a part of growing up.

Over the last few years, I’ve learned that when things don’t go according to plan, I should try to control less. Though they may be young, I think my kids can sense when I back off and let the moment be as it is. Having kids has forced me to be more real (now my daughters can look at my face and know when something is wrong!) so they gravitate to the moments of realness. I’ve also realized that that “alone time” is just not something I crave any longer. Sometimes I am desperate for a nap or a few minutes of silence, but those moments are much more appreciated with my girls by my side. I feel like we are making each other's lives better and hope that one day my daughters can feel that same type of way for whomever is in their life. The beauty of the mother daughter relationship - it’s a partnership for both of us to make each other stronger as time goes on." 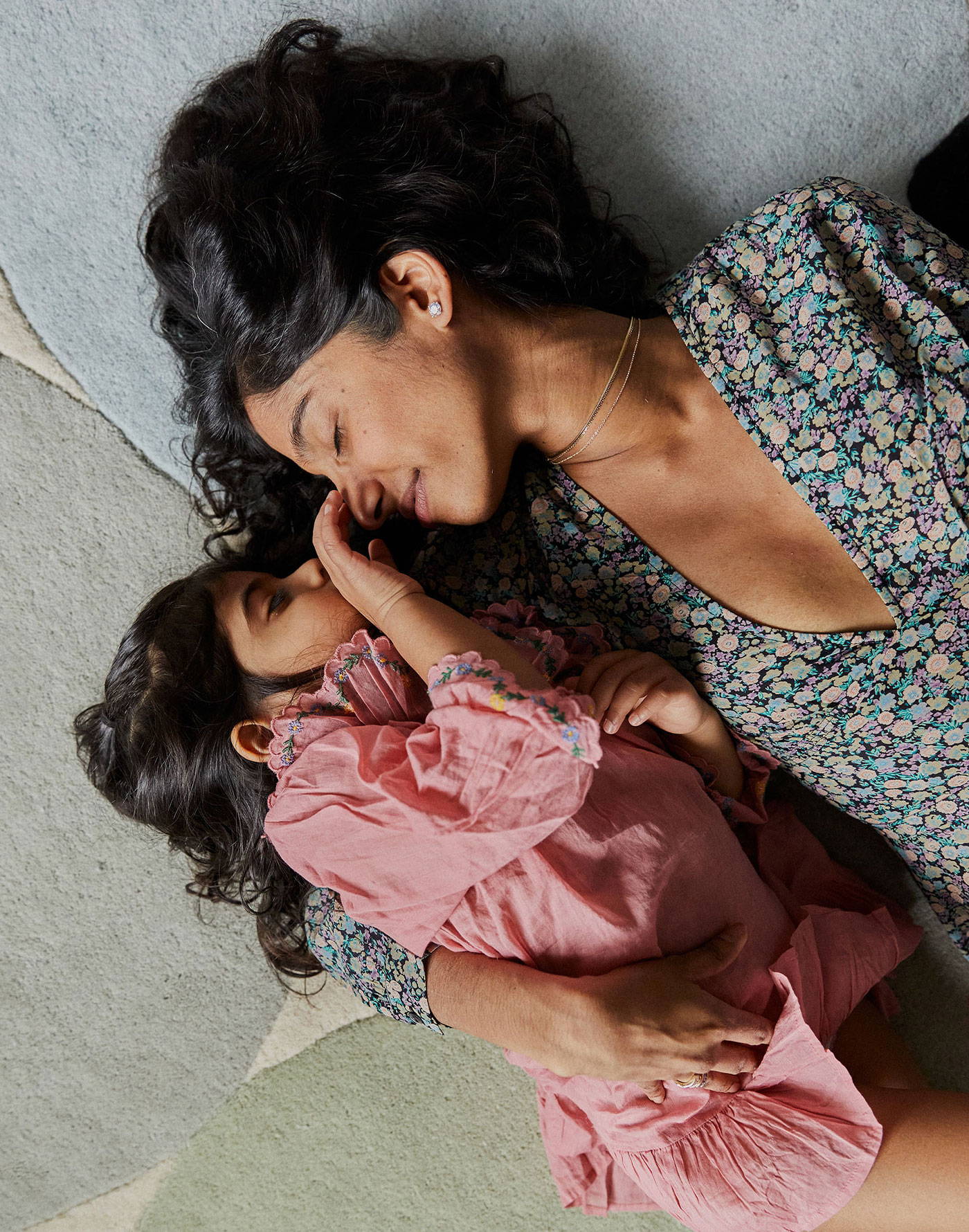 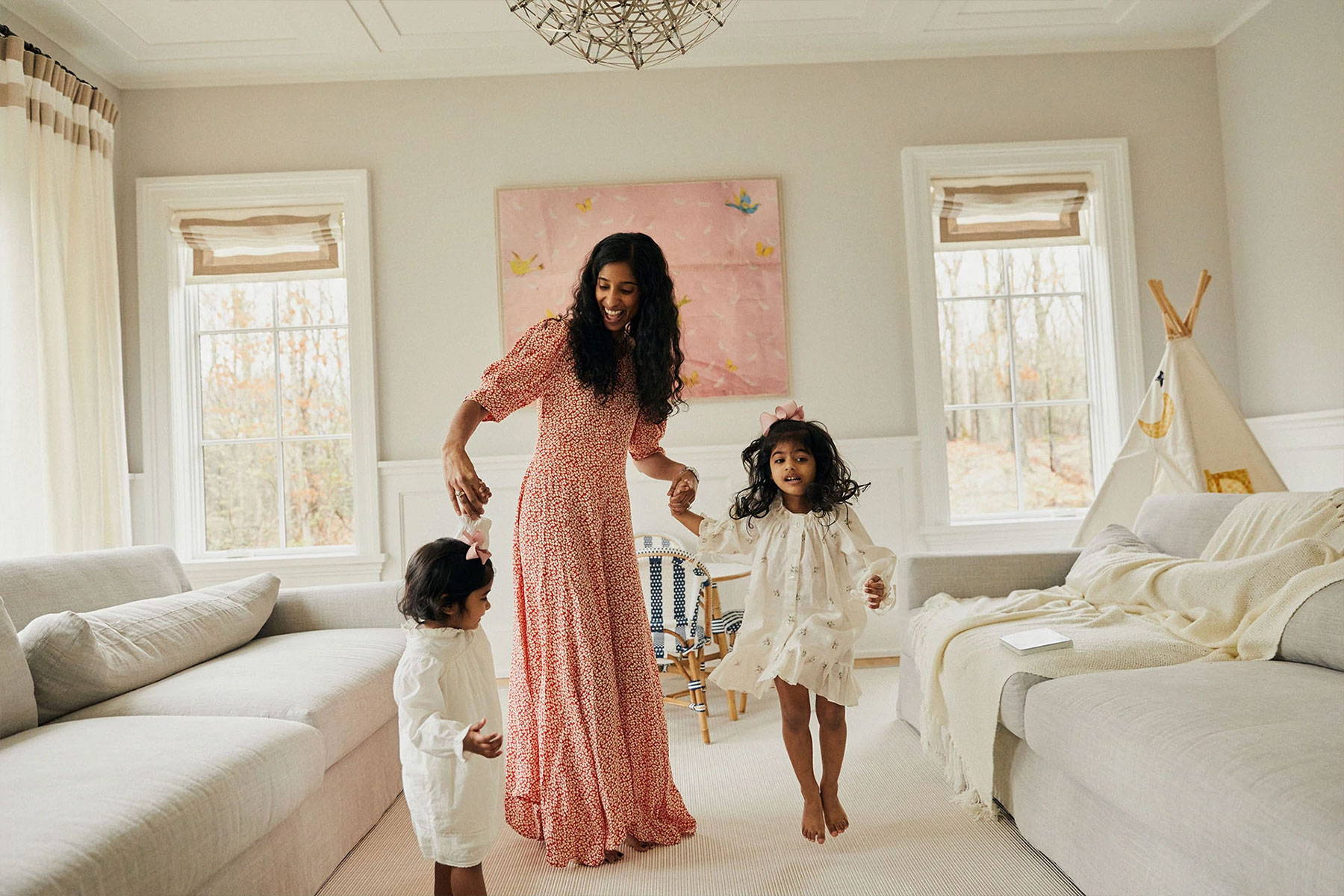 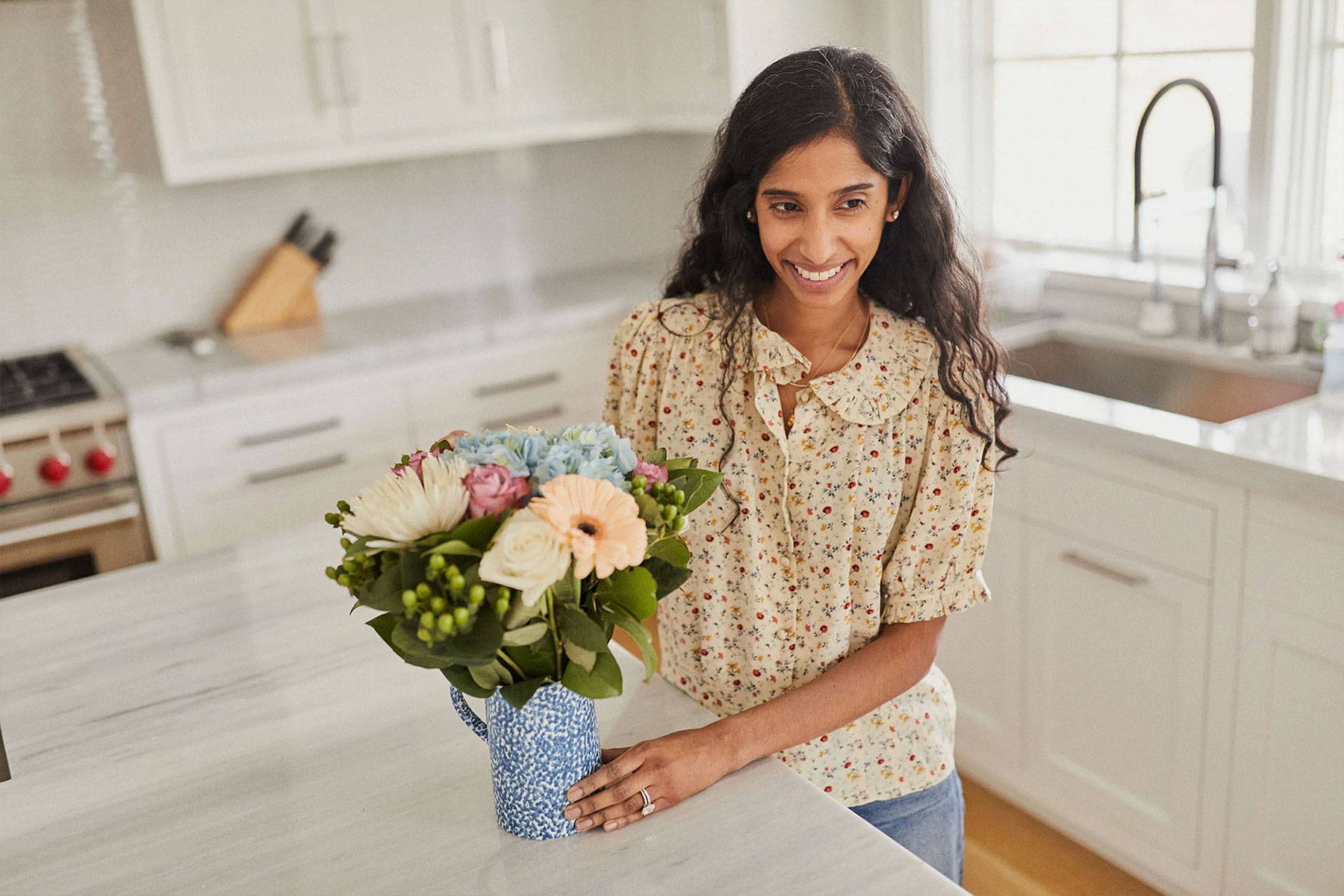 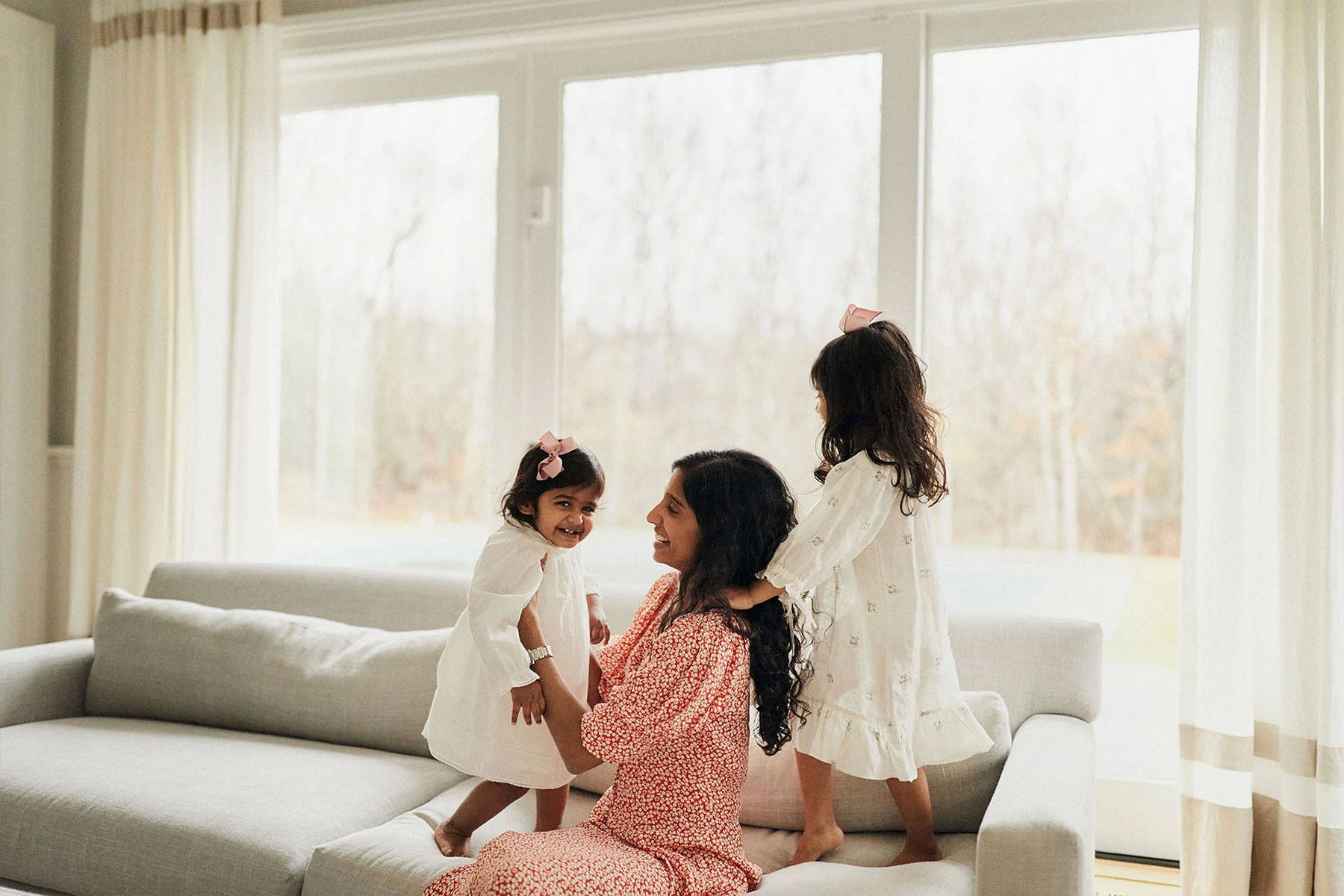 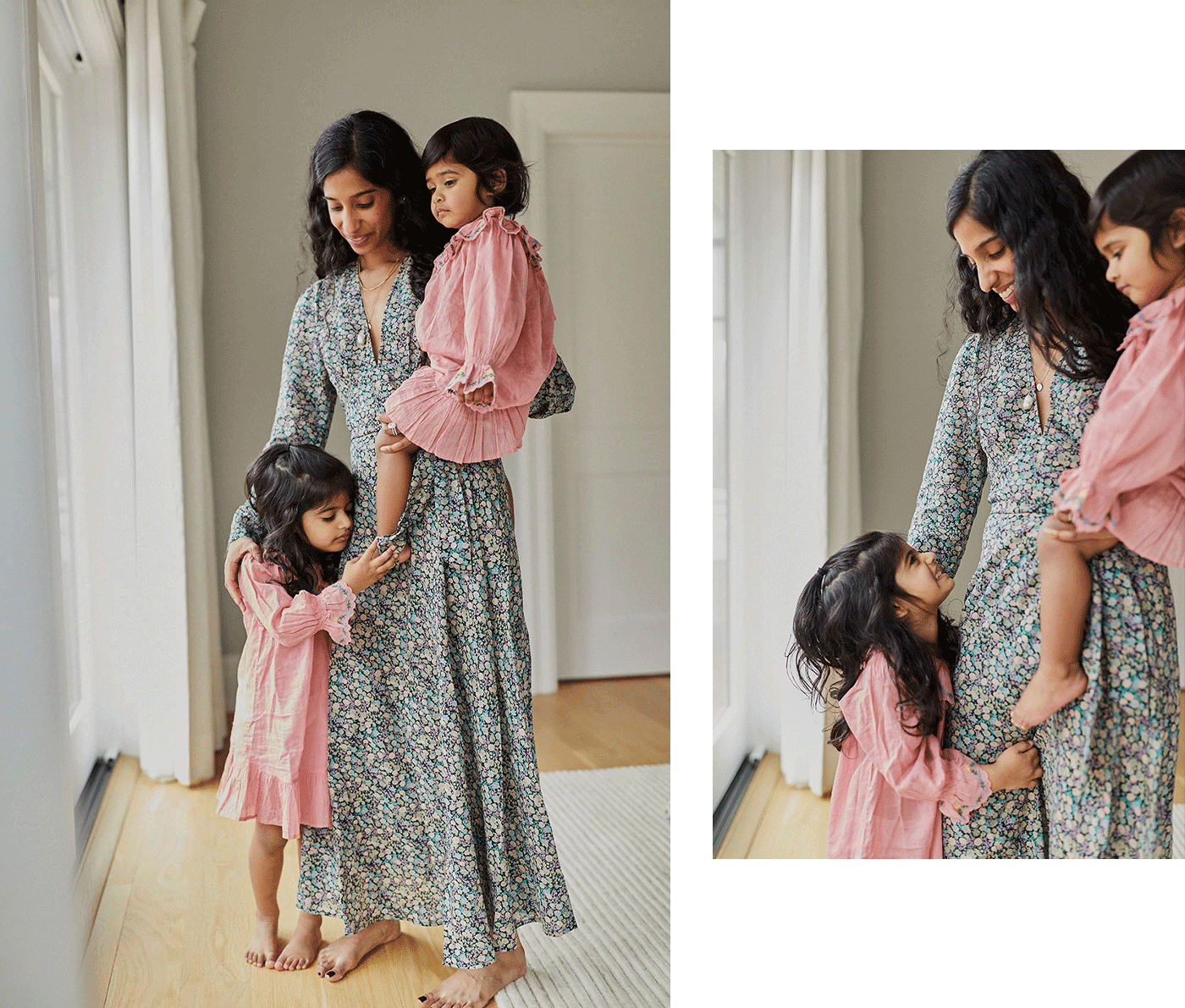